Chev. Alfred Mizzi was born in 1893 in Tripoli, where his father, Angelo, worked as a doctor. He was one of six children. Educated at the Frères College in Tripoli, he was later sent to Malta to complete his secondary education at the Lyceum, Valletta.

Just after leaving school he joined the bank Crédit Foncier with whom he worked for a number of years both in Tripoli and Malta.

In 1915, at the age of twenty two Alfred Mizzi began to dabble in business, by corresponding with various companies abroad and acting as a commission agent operating from 18, Zachary Street, Valletta, his father’s residence in Malta. 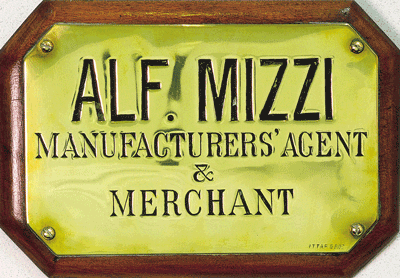 1925 was a memorable year for Alfred Mizzi, as it was the year in which he married Mabel Dunbar Vella and also set up casa bottega at 344, St. Paul’s Street, Valletta. Apart from these two very important events in Alfred’s life, commercially it marked the start of an agency representation with the Friesland Co-Operative of Holland, which was to form the very foundation on which he built his business over the next decades.

During this year Alfred Mizzi was appointed Vice-Consul for Portugal and later on Consul and in 1951 he was decorated by the Portuguese Republic with the title of Cavaleiro da Ordem Militar da Cristo.

Alfred Mizzi continued expanding his business with a great diversity of imports varying from preserved foodstuffs from England, to galvanised household utensils (the forerunners of plastic) from Belgium, fashion accessories from Italy and glassware from Czechoslovakia. In 1927, he started importing clocks from K. Hattori & Co. of Tokyo, manufacturers of the internationally renowned Seiko watches. From 344, St. Paul’s Street, he also operated a very successful gift exchange centre for the Dutch Baby and Frisian Flag brands which paved the way for the successful Lombardi Gift Scheme of the sixties and the Kwiksave Gift Scheme which has been in existence since 1986. 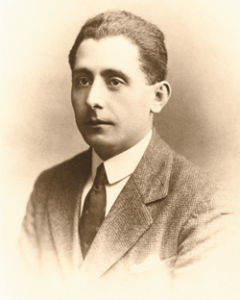 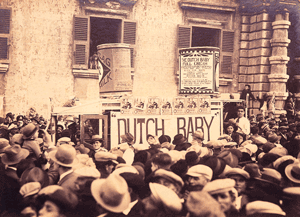 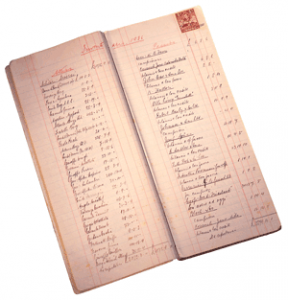 Extract from a 1936 ledger kept by Alfred Mizzi

With the outbreak of war, trading activity slowly but surely ground to a halt and much hard work was required to revive the business in the late forties and early fifties. During this time the firm’s first acquisition was made, when a small trading outlet was purchased from Alfred Mizzi’s cousin, John G. Cassar. It was during this period that both Alfred Mizzi’s residence and offices were moved to 17, Zachary Street, Valletta. Alfred Mizzi retired from the company in 1958, and passed away on the 5th February 1967 at the age of 74.

Alfred Mizzi’s sons Albert, Anthony and Arthur joined the business in quick succession in the late 1940s and early 1950s. They continued to expand the company’s trading business in the traditional food lines as well as in textiles, footwear and housewares. 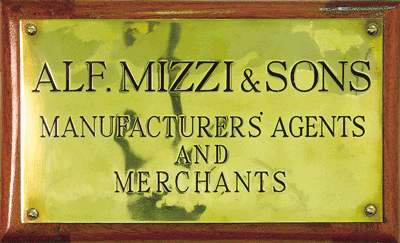 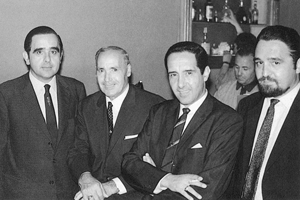 Albert, Anthony and Arthur Mizzi with an Australian supplier (1968)

It was during the 1960s that diversification outside the traditional trading took off in a substantial way. 1960 marked the opening of the first supermarket (in Paola) in association with Marks & Spencer, the British company’s first venture overseas.

The post independence period was indeed a boom one for property development and Albert Mizzi, who had since become detached from the day to day running of the Company, took full advantage of the situation by forming alliances with various partners, both local and foreign, and developing several projects. These projects included the Santa Maria Estate in Mellieha and the Mellieha Bay Hotel, which was leased to travel giants Thomson.

In 1968, the company also set up Woodware Ltd, manufacturing reproduction and contemporary chairs and other wooden products.

Alf. Mizzi & Sons Ltd, which became a limited liability company in 1964 continued to grow, flourish and diversify. Despite this, the core business remained that of importation and distribution under Anthony and Arthur’s management. 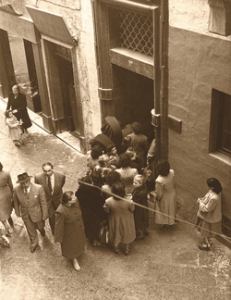 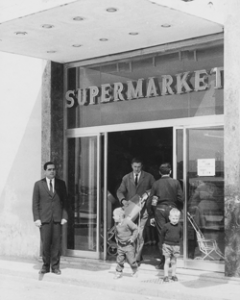 Albert Mizzi outside the new supermarket (1965) 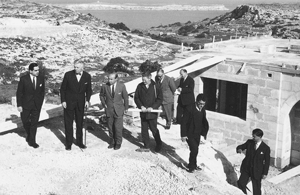 With the advent of the third generation, led by Alec A. Mizzi as CEO, the company has seen further growth brought about by an injection of fresh, young enthusiasm. The age of marketing and brands has helped the core food distribution business which has now been spun off as a separate entity. Alf. Mizzi & Sons (Marketing) Ltd has become a leader in its sphere of activity. This growth necessitated the move to its new premises in Marsa, Zachary House in 1994.

Strategic investment took place in manufacturing (and, in particular, Consolidated Biscuit Co. Ltd in 1982), in the distribution of computers and office equipment (the major acquisition being Intercomp Ltd in 1992), in retailing (especially Homemate in 1998 and The Atrium in 2010) and in hotels. 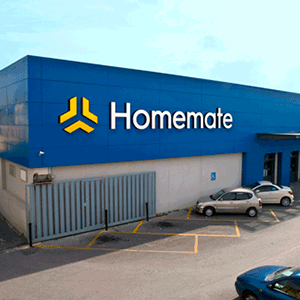 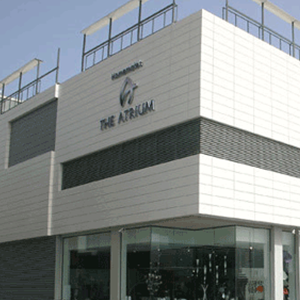 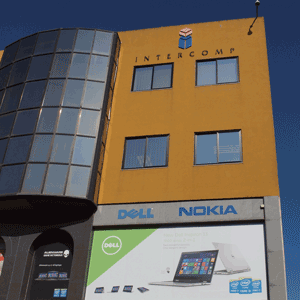 The Group has, more often than not, expanded in partnership with several other local companies, both large and small. These alliances with so many diverse businesses are the cornerstone of the Group’s growth. These include a long 50-year partnership with Mizzi Organisation in MAE and other ventures like Midi plc and Retail International.

Of course, it has not been success all the way and given the risks inherent with every investment, the Group has had its share of failures and due to poor results or for strategic reasons, has had to pull out of various investments. Fortunately, these failures have been a minority.

The Group has also expanded overseas, primarily in Romania, through the Zacaria Group (owning and operating logistics centres), in Libya, through Retail International (operating some 30 fashion retail outlets like M&S, Next, Debenhams, Mango), in Croatia, through Land Overseas and in the Netherlands, through Noodlebar Benelux (operator of Wagamama).

The Alf. Mizzi & Sons Group’s steady growth continues into the new century based on the fundamentals of:

The Group now employs over 1,800 people. 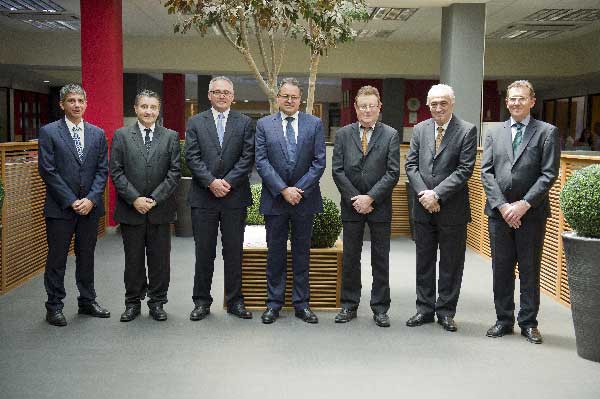